Coming to Prescott College April 9, 10, 16
For Details and Tickets Go to www.TheArtistsPath.org

Posted by Gail Mangham at 1:41 PM No comments: 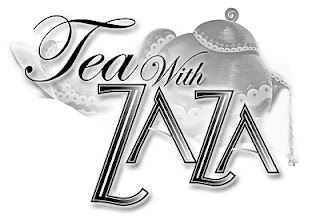 'ZaZa' returns to the Elks Opera House, 105 years after her first appearance in 1905. Booked into the Hardwicke Theater in Phoenix, Florence 'ZaZa' Roberts, first lady of the San Francisco theater at the turn of the century, made an extra appearance in Prescott on Monday evening, February 20, to open the new Elks Opera House.


On August 14 Gail Mangham brings 'ZaZa' back to Prescott to celebrate the Grand Opening of The Newly Restored Elks Opera House. For the past four years Mangham has performed Tea with 'ZaZa' at various venues in Prescott, including Sharlot Hall Museum's Blue Rose Theater where it premiered in January, 2006, as Don't Despise Me, a tag line from the play Marta of the Lowlands, the play that opened the Elks Opera House over a century ago. Written by Parker Anderson the original script was the result of initial research in San Francisco on Roberts' life. She left virtually no private diaries or letters so all that is known of her comes from newspapers, magazines and a few journals. Over the past four years Mangham has continued researching 'ZaZa' to expand on Anderson’s initial efforts, shaping the play over time. As newspapers across the nation scan their archives into the internet, new pieces of the 'ZaZa' puzzle become available. Tea with 'ZaZa' changes with each performance.

Mangham plays 'ZaZa' in 1925, aged 54 and about 18 months before her death. The work is a study of the actor and the theater of the turn of the last century. As such, it is a piece with historical, even anthropological overtones. But 'ZaZa's life is in some ways Every Woman's life--including struggles to find her way in a man's world, love and marriage, great joy and great sorrow, bearing witness as one century fades into the dawn of a new one, full of hope and promise. In the first decade of the 20th century Florence is at the height of her career, but as the promise of the new century faded with the onset of World War I so 'ZaZa's luster faded with age.

The Artist's Path, a nonprofit that showcases Art that Educates, Inspires, and Entertains presents Tea with 'ZaZa', August 14 at 2 PM and 7:30 PM at the Elks Opera House. Joining Mangham and taking the stage for the first part of the event is Lecia Breen, a newcomer to Prescott, whose sublime voice showcases music from Broadway to Opera. Don't miss The Three Divas--Mangham, Breen and the beautifully restored Elks Opera House. Tickets are available at the Door or Online at www.elksoperahouse.com. Adults $18 – Seniors (55+)/Students $13 (inclusive of all charges). Call 928-777-1367 for information and ticketing. Parker Anderson will conduct a free tour of the opera house at 4:30 PM, midway between the two performances. More information is available at www.TheArtistsPath.org. There will be a Talk Back with Gail and Lecia in the lobby following the performance. Net Proceeds benefit The Elks Opera House Foundation.
Posted by Gail Mangham at 9:36 AM No comments:

While watching again one of my favorite television shows, West Wing, I came across some lines that I wanted to share with readers of this blog.

In Episode 17 of Season III entitled The U. S. Poet Laureate, the character Tabatha Fortis (poet laureate played by Laura Dern, photo below) says to character Toby Ziegler:  An artist's job is to captivate you for however long we've asked for your attention.  If we stumble into the truth, we got lucky.

Episode by Laura Glasser and Aaron Sorkin
Posted by Gail Mangham at 11:50 AM No comments: